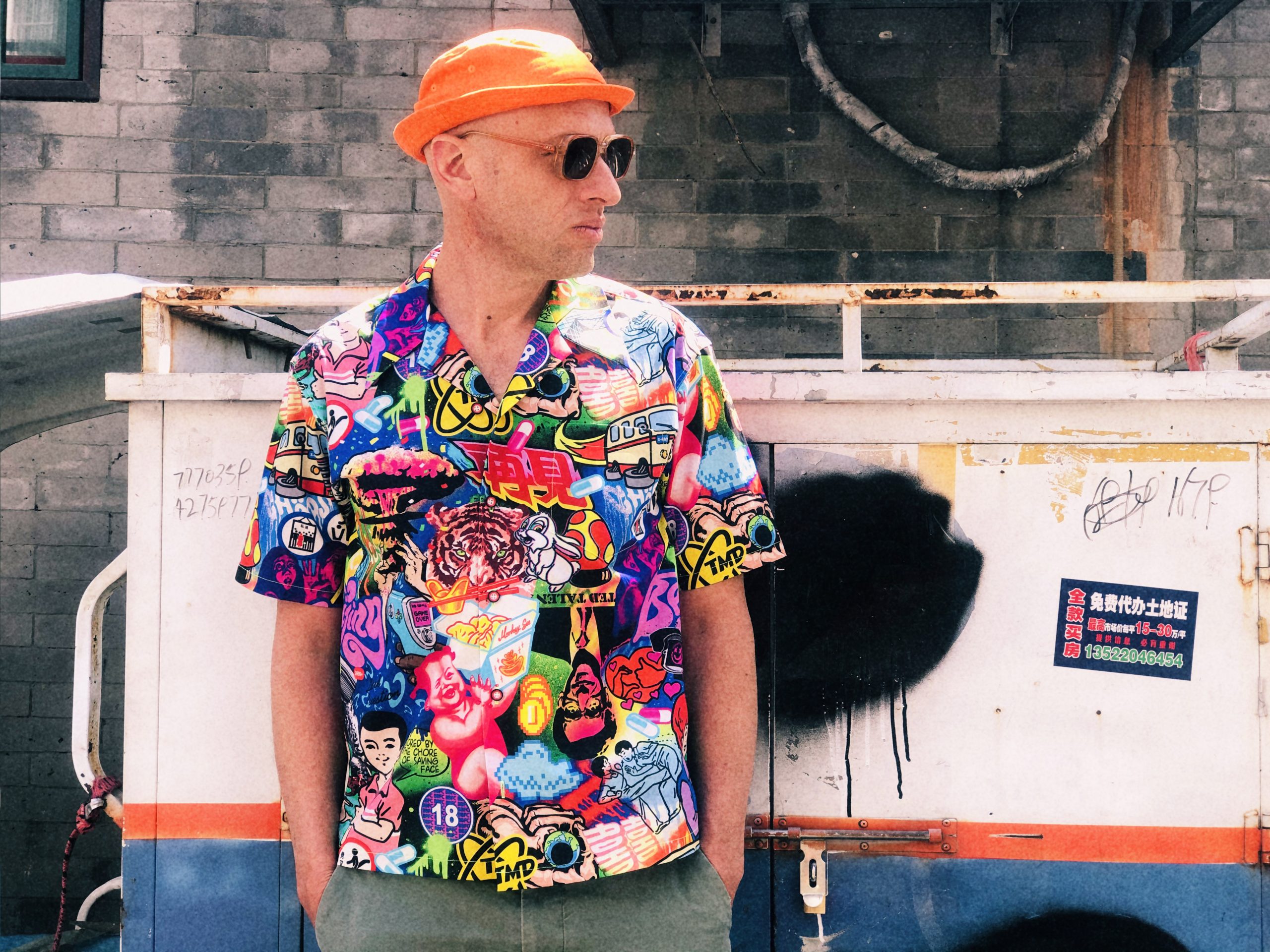 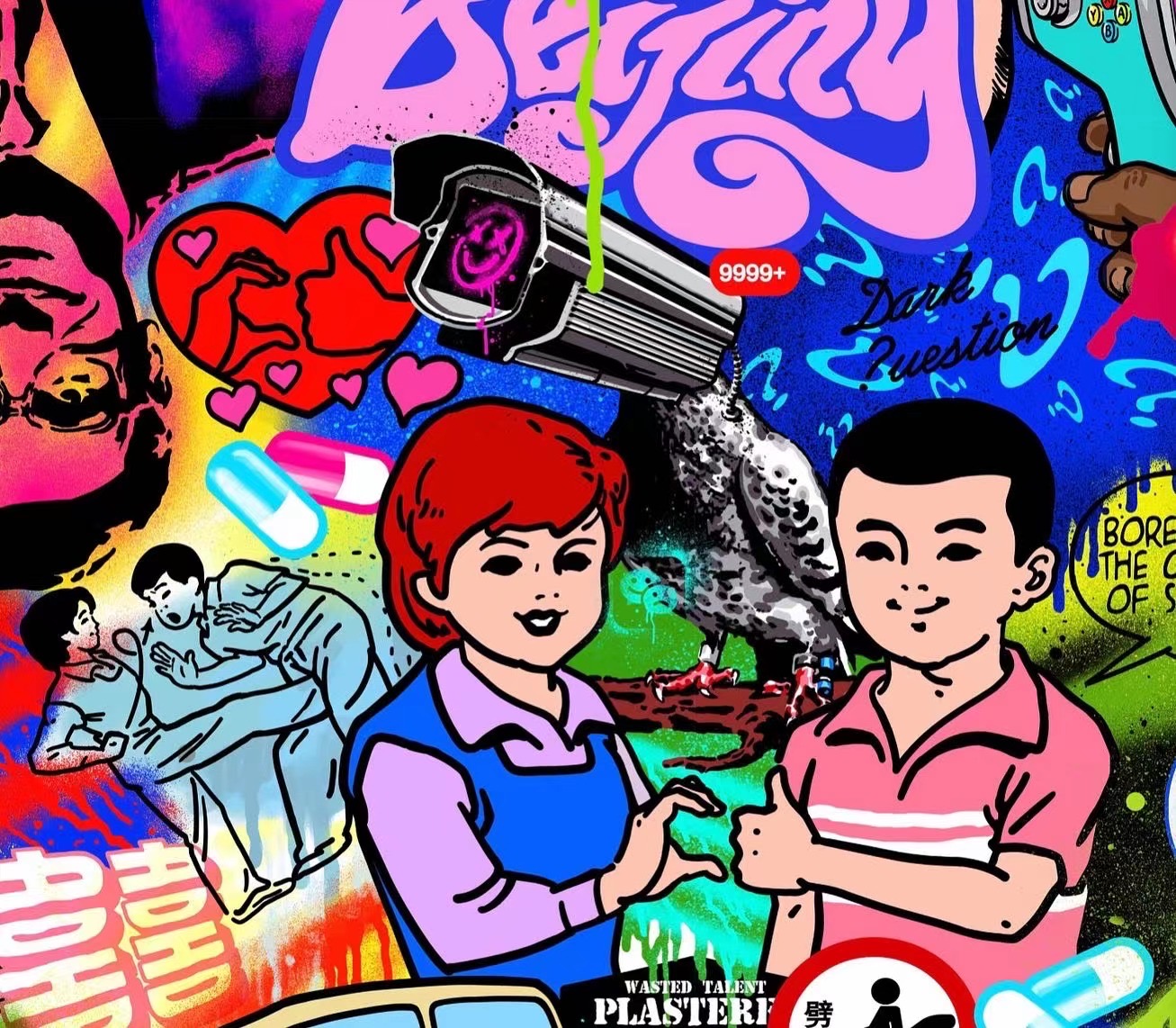 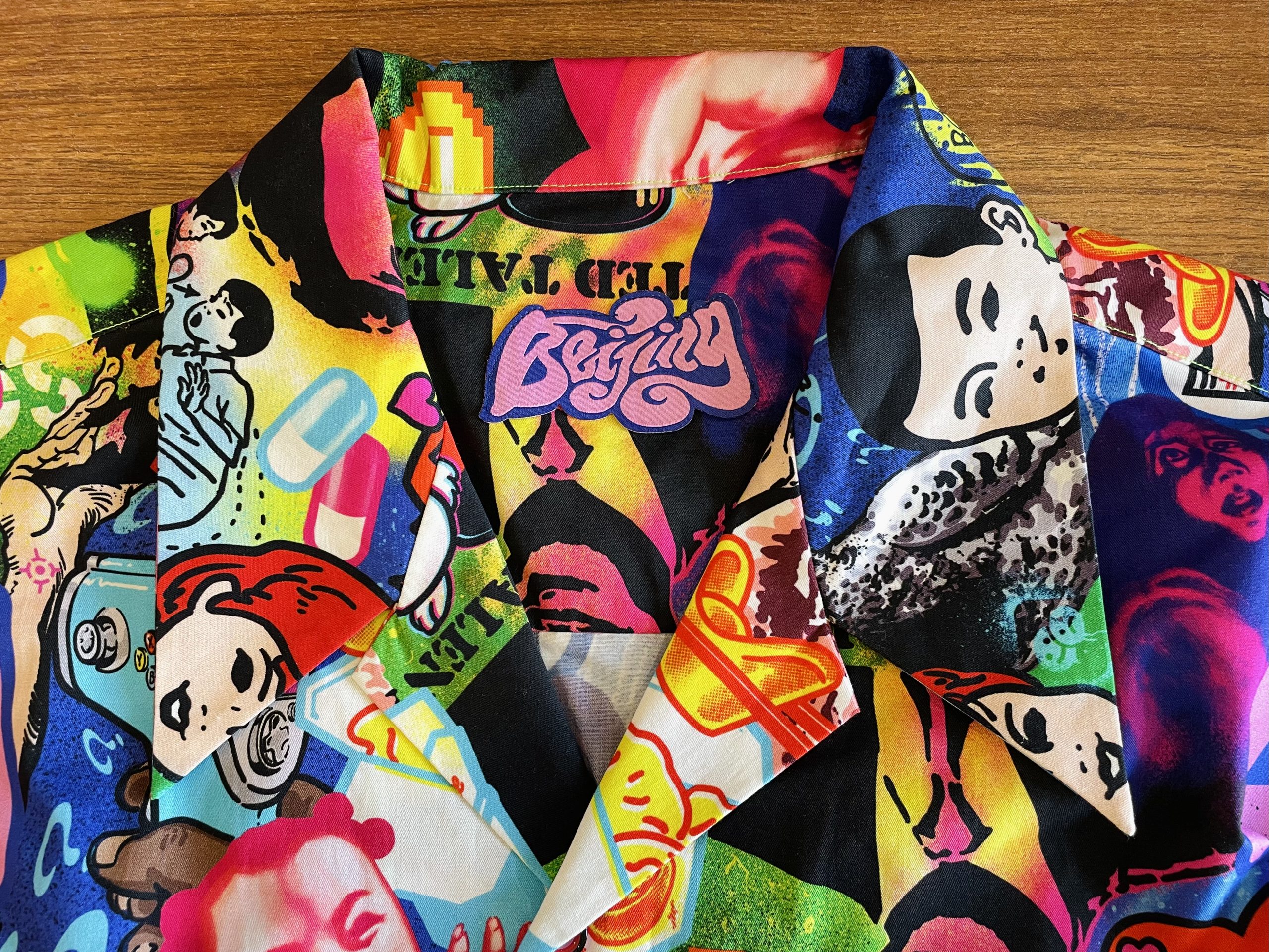 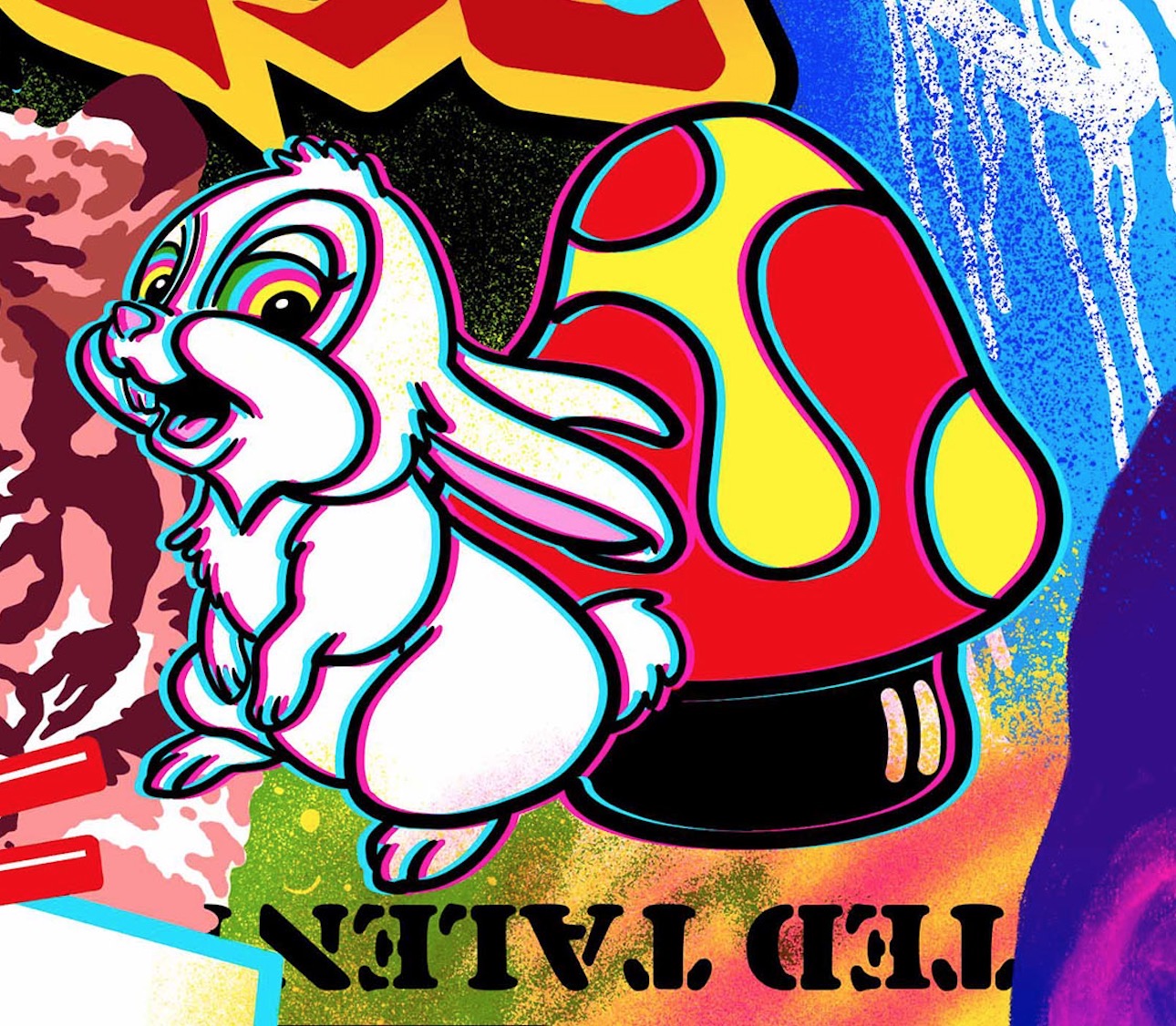 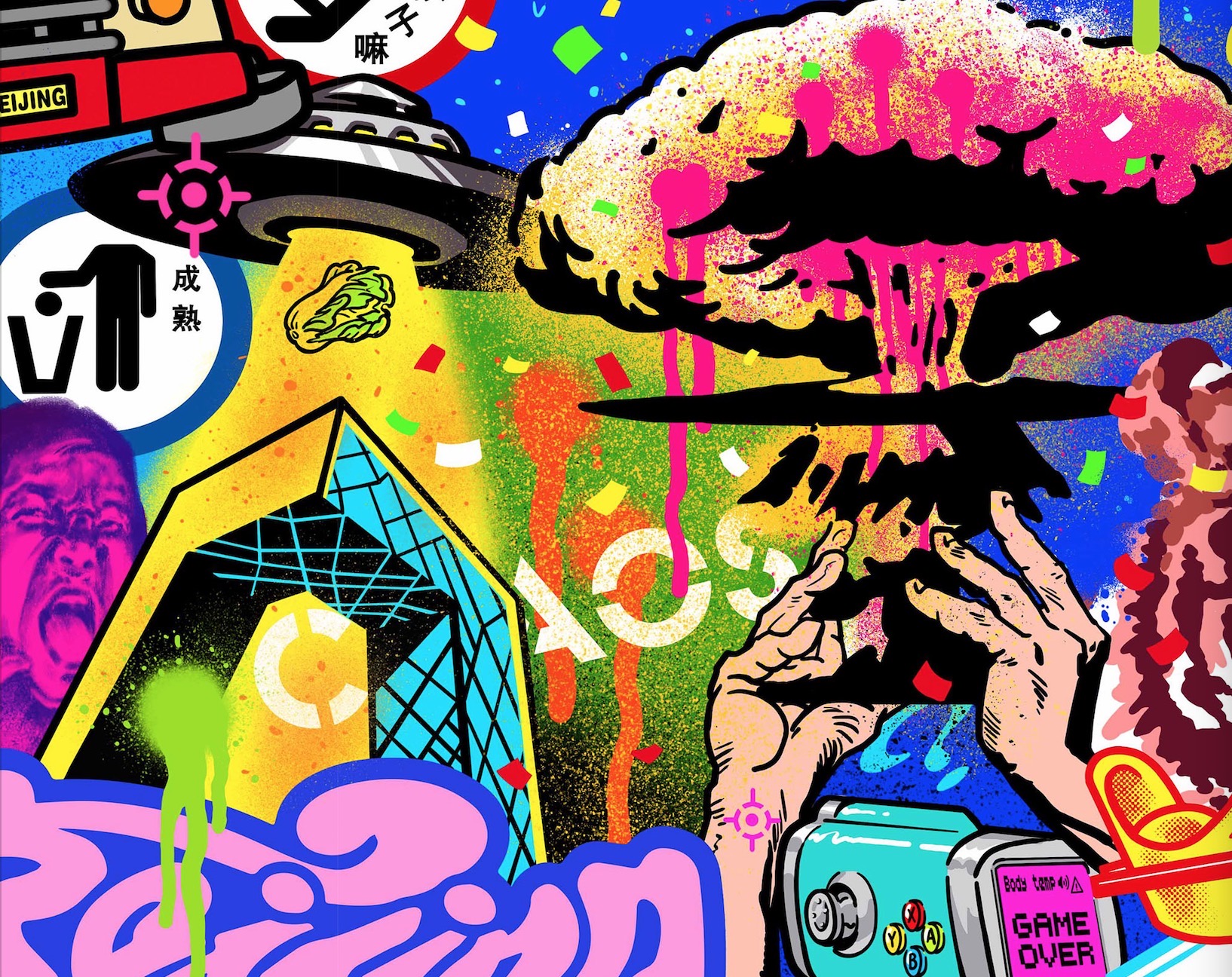 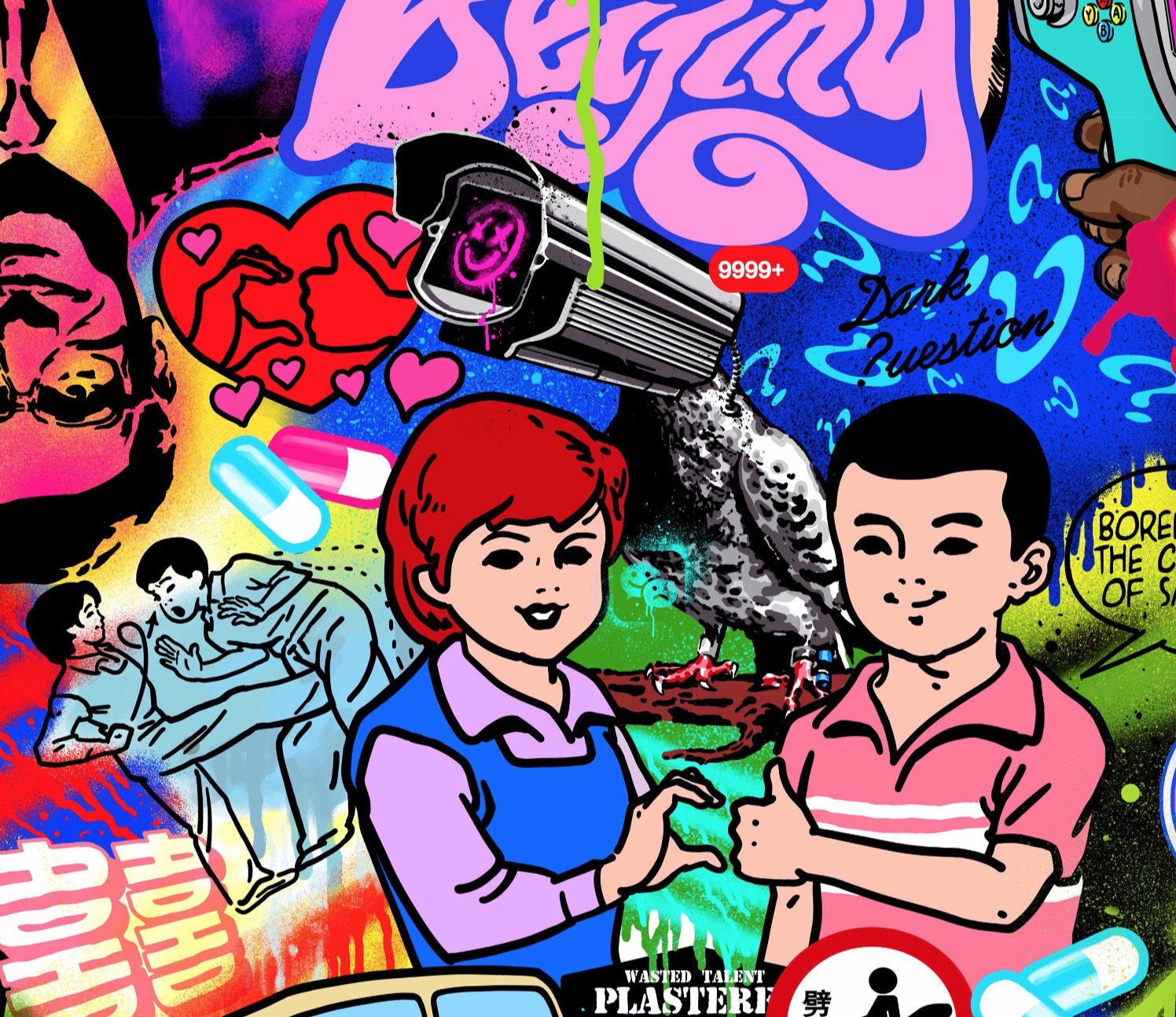 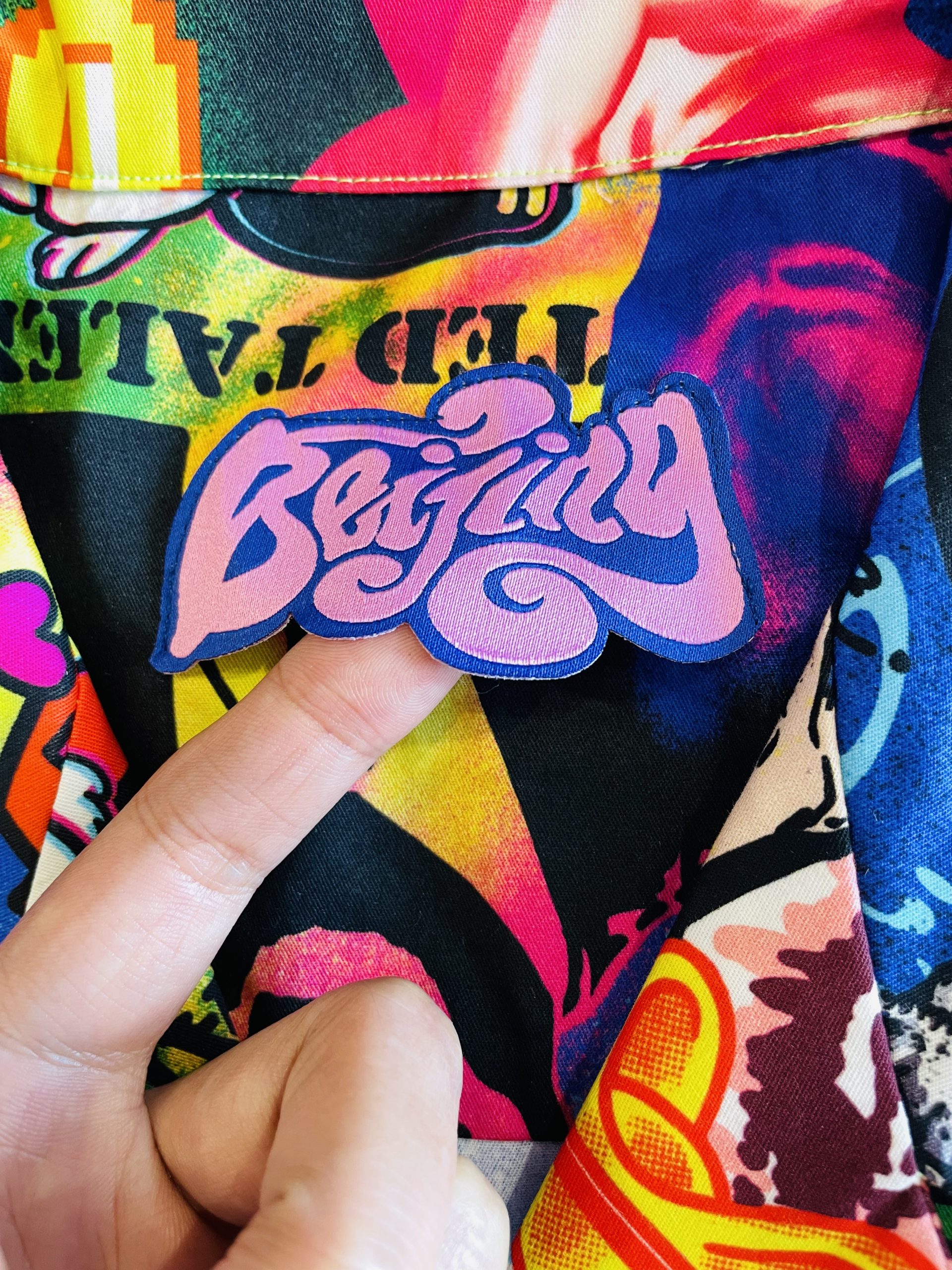 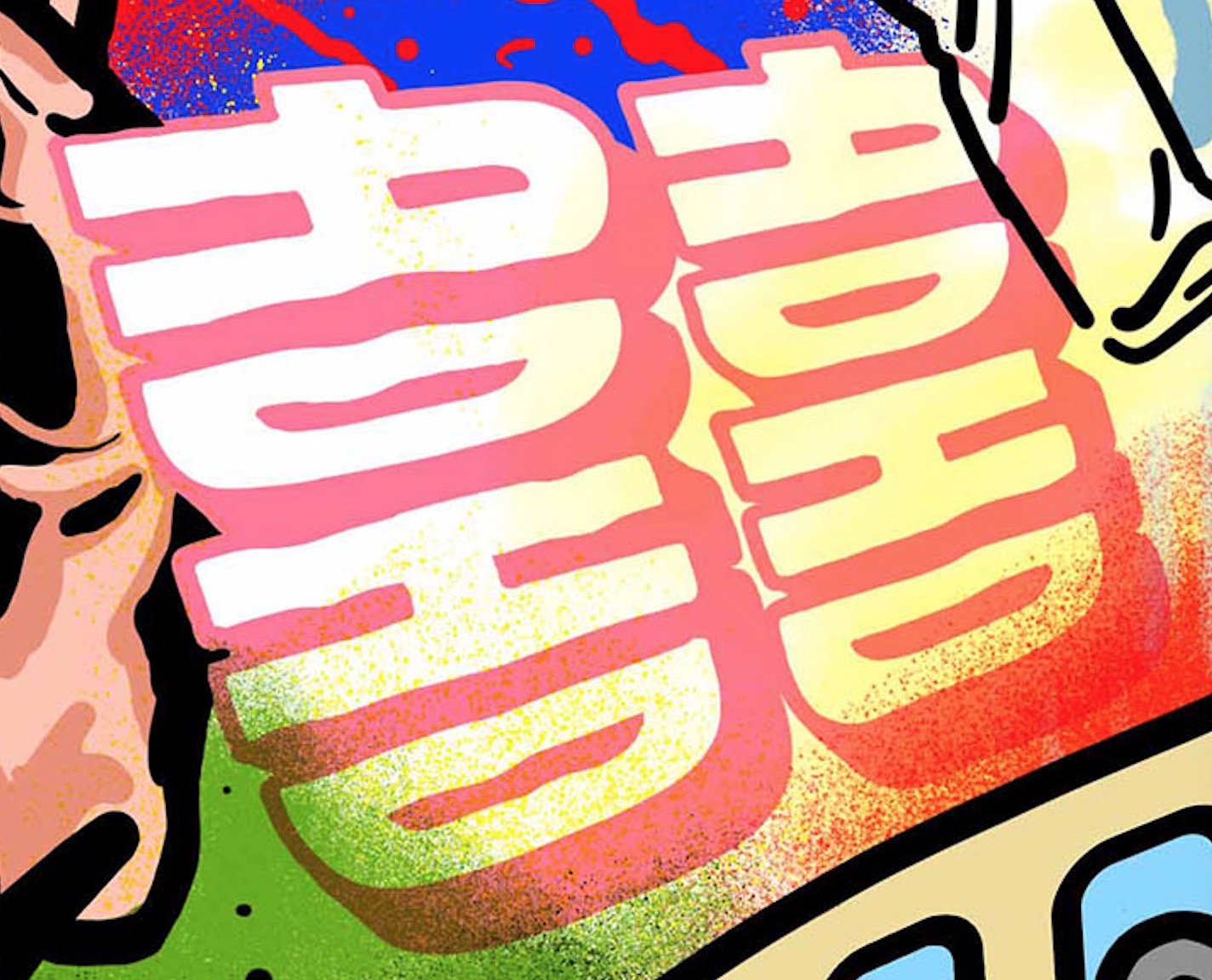 The creative process is hard to document, more than often its unplanned and spontaneous like good sex. Double ADHD is one of those moments for me and Da Qian (we didn’t have sex).

Da Qian really wanted time to himself to create a collage, he’s been talking about it for a while. I had had some visions that were inspired by a walk after some mushrooms on toast.

The result is Double ADHD. This was one of our last ever products in Beijing, Da Qian included my face on the pattern which made me proud.