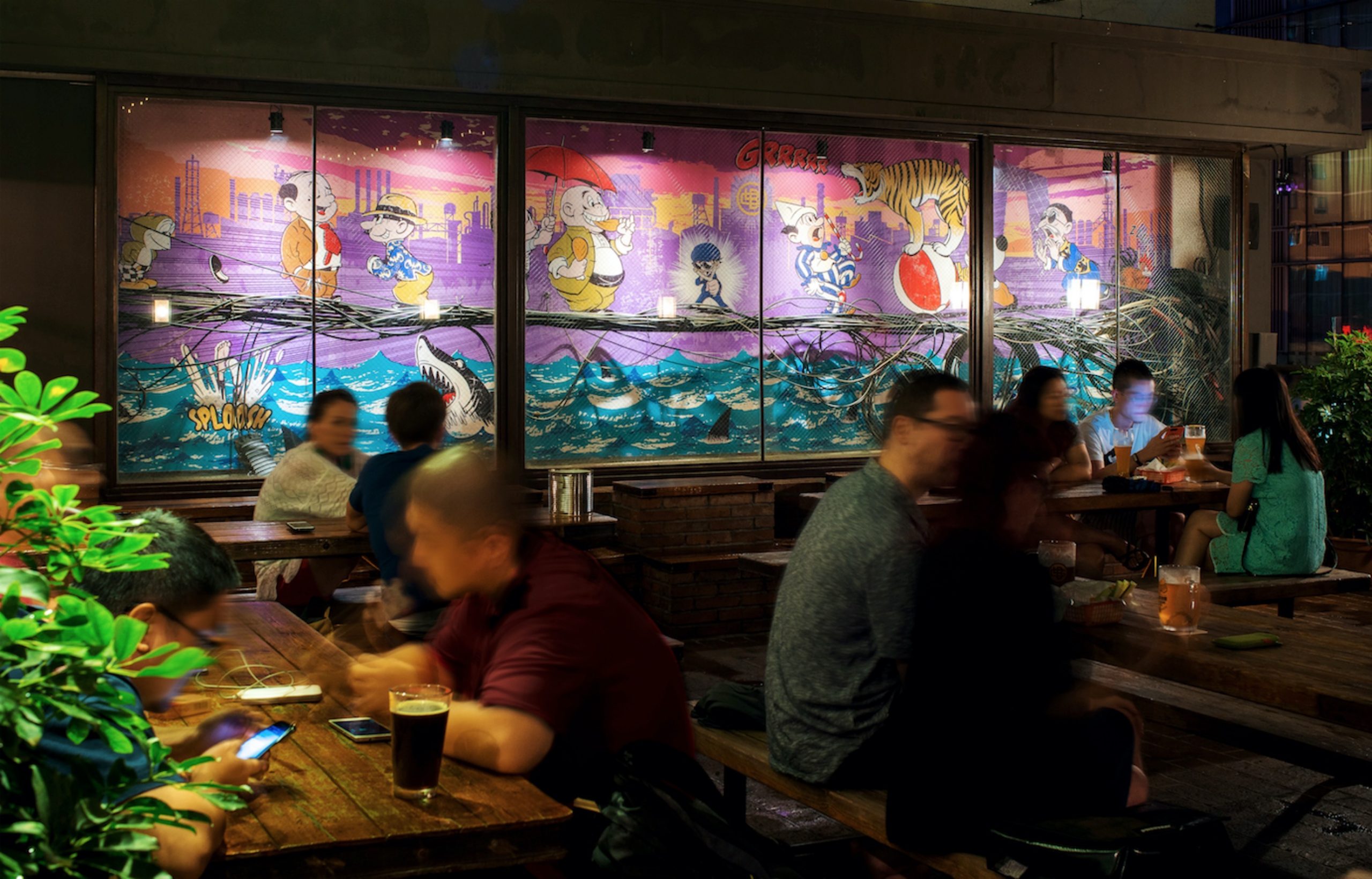 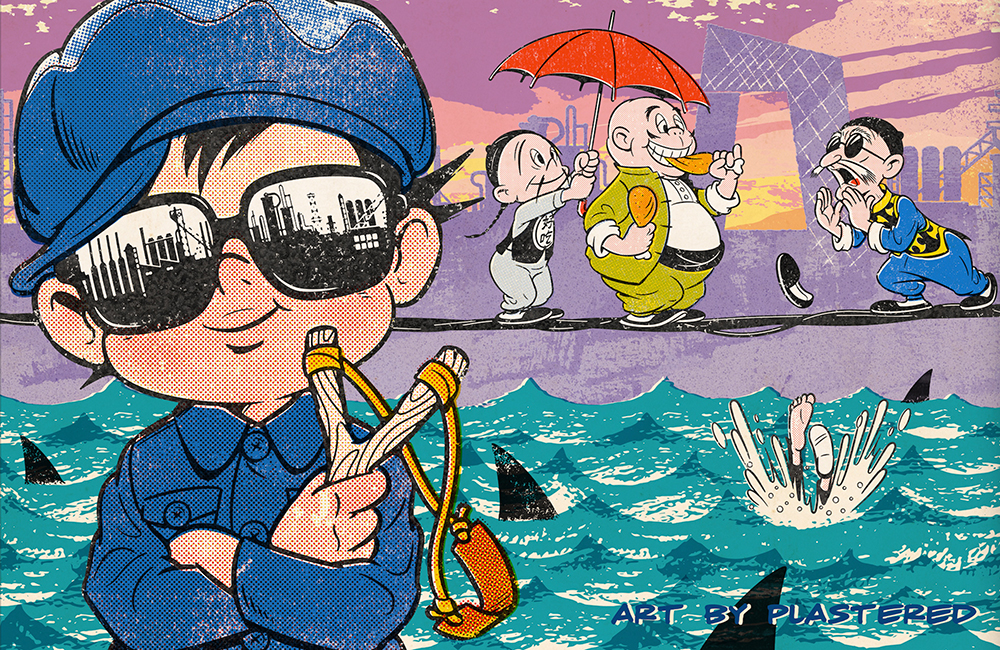 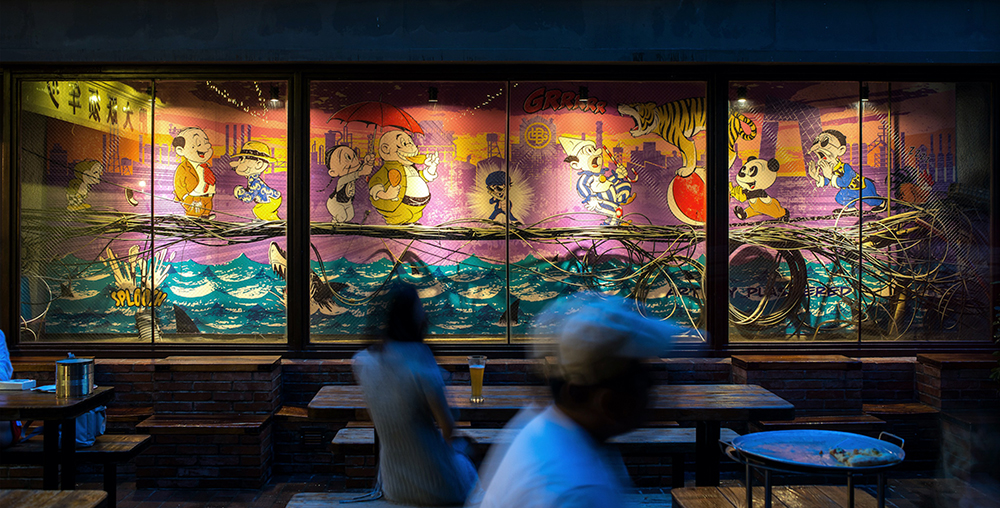 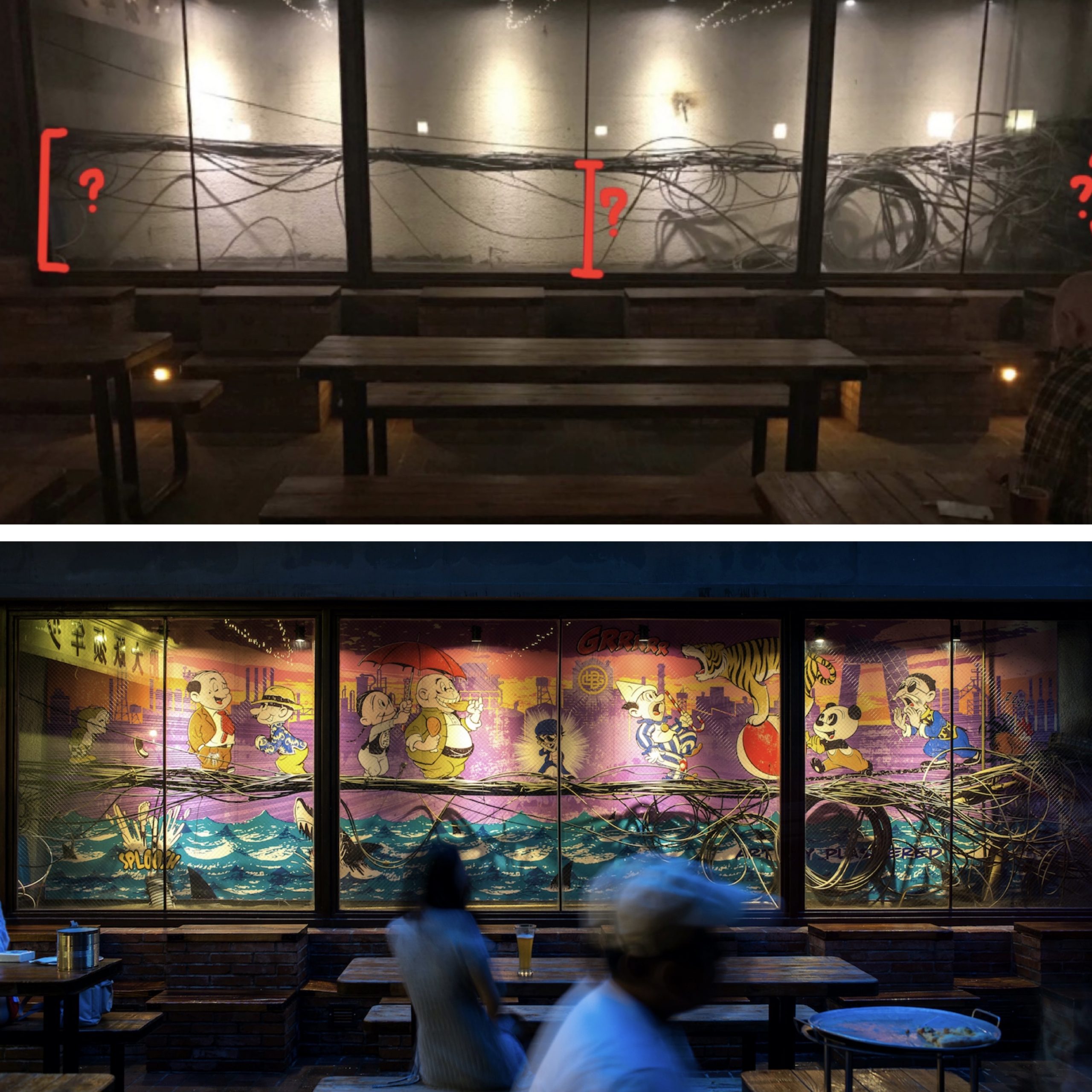 Great Leap Brewing is Beijing’s first craft Brewery and probably the best. They’ve been creating insane new Chinese themed brews that our team enjoy a little too much.

Their new location in San Yuan Qiao wanted some Plastered 8 art and this one was a fun challenge. We were given 2 spaces, an outdoor space which was covered in telephone wires that couldn’t be moved. So we incorporated them into the artwork and an indoor space that somehow needed to related to the outdoor one.

The concept was a story about the founder’s grand father. We made made into a vigilante kid with a catapult. The artwork inside the bar that captures the grand father as a kid with his catapult.

Outside are characters from his village, government officials and other unsavoury types on a tightrope (the telephone wires) and he’s picking them off.

Still don’t get it? look at the pics then.